There are many highlights and prompts I could share from the first two writing gatherings I’ve held so far this year. It’s been such a joy to return to the magic of collaborative creativity. The one I’ve chosen to share today brought much fun and laughter, and some very colourful stories.

Each writer was given a small blank piece of paper and asked to write the details of a car – any car – real or imagined. Specifically; the make, colour, number of miles on the clock, name (if it had one) and briefly, anything else notable about the inside or outside.

The giggles started even before these simple notes were complete. They were then placed face down in the centre of our circle for each of us to randomly choose one. Here’s the one I picked… 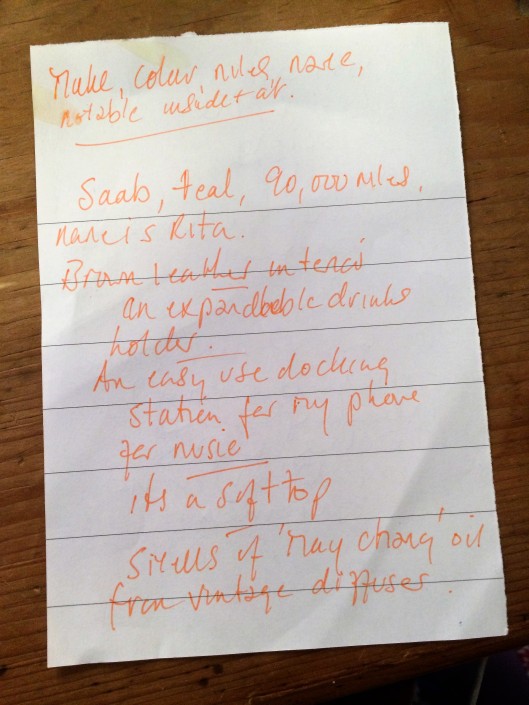 Then, having read the description of the car, we wrote brief notes on the back about who we imagined drove that car. We invented a character… 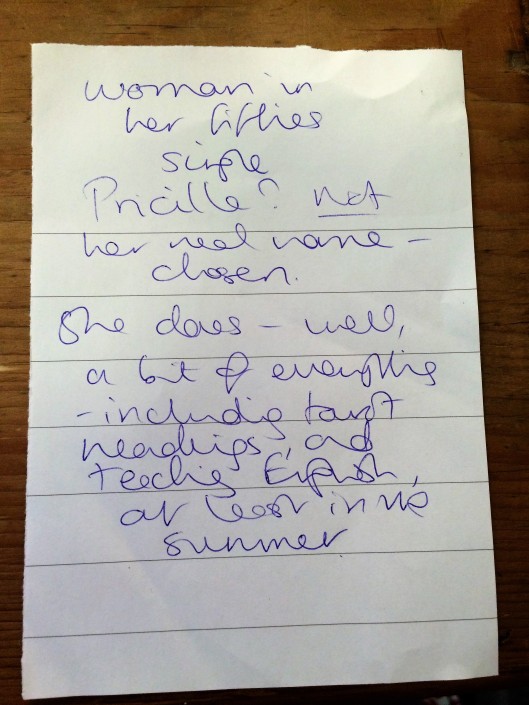 Finally, the preparation was done – it was time to write a story, any story, with this character – and, if you wished, their car – at the centre. This was my attempt. It’s unedited, written in ten minutes, and the tenses are mixed up, quite apart from other flaws, but I had a lot of fun with it, and may work on it further. For now, in all its glorious rawness – Enjoy!

Priscilla climbed into the front seat of her beloved Saab, and tapped the dashboard –

“Morning Rita love,” slotting her black coffee in its bamboo cup into the expandable drinks holder.

“What shall we listen to today?” she asked the car. “Shuffle All. Good choice!”

“No! No, no No!” Priscilla cries, and presses next.

She pulls into the car park at the local community college, and opens the back door, and finds an empty back seat.

She pictures her bag, beneath the coat hanger, full of lesson plans.

She plugs her phone into the wall of her classroom, and is swiping through her playlists as her adult conversation students, advanced, come in for their weekly English lesson.

Thirty minutes later the head of the college knocks on the door, with the open day visitors in tow.

“And this is…” His jaw drops, eyes widen, as the five women (including the teacher) and a young man who appeared to be leading the dance, sing along to Karma Chameleon.

Priscilla beams, “It was Rita’s idea.” 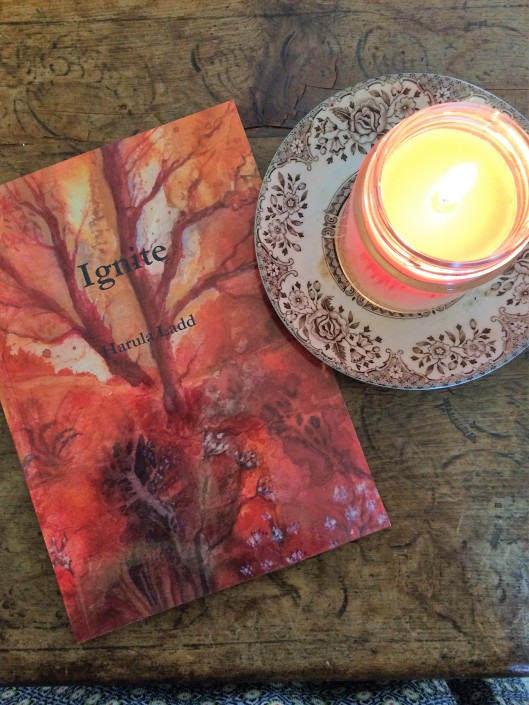 a new way with poetry